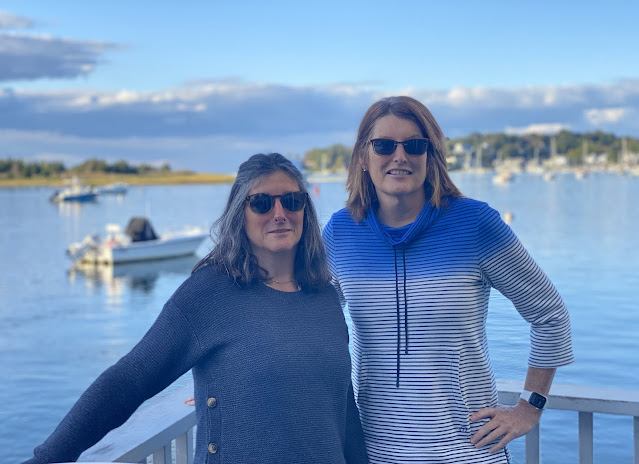 The good
My sister and I vacationed together last week at a quaint and cozy VB&B in Gloucester, MA. It was absolutely beautiful, right on the mouth of the Annisquam river, and so relaxing.
Holly and I don’t get much of a chance to spend time together as she lives in Connecticut and I am in Massachusetts. When she came to visit she would spend most of her time with our mother but since our mother passed away in June Holly and I have been thinking up ways to spend more time with one another. Sort of getting to know one another again…as grown-ups and as friends. 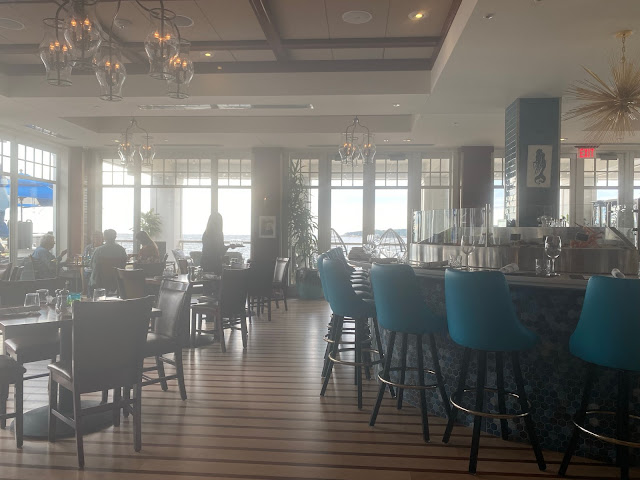 The random
We began our vacation on Monday and had decided to stop for lunch at a little restaurant that we love. However, the place was closed. So…we stopped into the Beaufort Hotel in Gloucester.
What a treat! Firstly we were greeted with valet parking which was wonderful because parking in Gloucester is not a treat! Inside we were not disappointed. It was so pretty and right on the water. We opted to sit inside instead of on the large deck because it was a bit chilly. That turned out to be a good choice as it did start to rain a bit. Our food was delicious! The sun was streaming in through all of those Gorgeous windows. The way the rain was coming and going with the sunshine we thought we might see another rainbow but we didn’t.

The fun
Each evening around supper time Harold the gull would show up on the neighbor’s deck. There was no one home but that didn’t stop Harold. The bio of the house told us that his name was Harold and that sometimes he would bring a lady-friend. We named her Maude.
We fed them a bit and then they went on their way.
One night some other gulls stopped by as well and we had to stop feeding them right away.
Two seagulls are kind of fun….50 of them screeching for your food…not so much.
~ ~ ~
The good, the fun, the random
a rhythm of the sea acres of sky autumn Hopie Kinfolk O hushed October