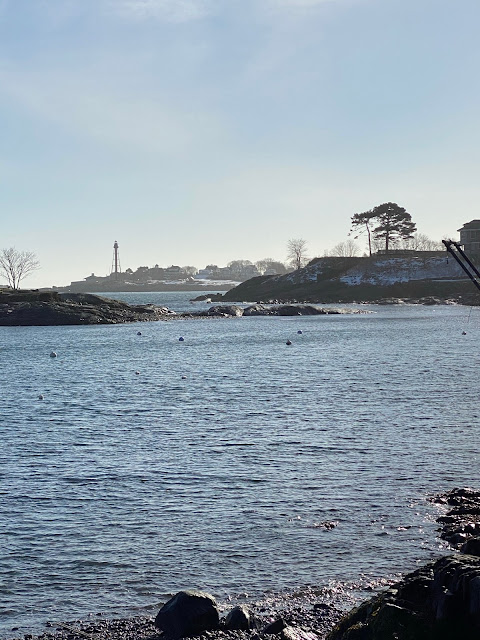 Christmas Eve was a walking day.

The temperature was up to the low forties Fahrenheit with just enough of a breeze coming off of the Atlantic to beautifully scent the air. I walked about two hours through town stopping at tiny beaches here and there to collect glass and pretty shells.

Chandler Hovey light is across the harbour at the tip of the neck. 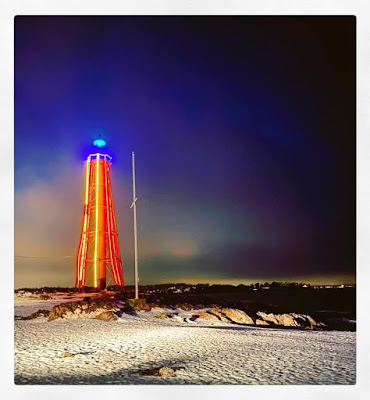 Joe and I watched the planetary alignment of Jupiter and Saturn on solstice night from a beach on the neck. The clouds held off through twilight and when it got cloudy enough that our view was obscured we drove out to the lighthouse. Each year during the holiday season they light it up this way and at Independence Day it is lit up red, white and blue. The top is always green.

When we lived in Nahant we could see it’s green light blinking at us from across the ocean and a few towns over. Now that we are living back in Marblehead where we both grew up, I think that light was calling us back home.

It’s Christmas morning as I am typing this. The day is just about to begin breaking. The sky is still that rich indigo colour. The wind has been shaking things about all night and the rain is smashing against the windows. 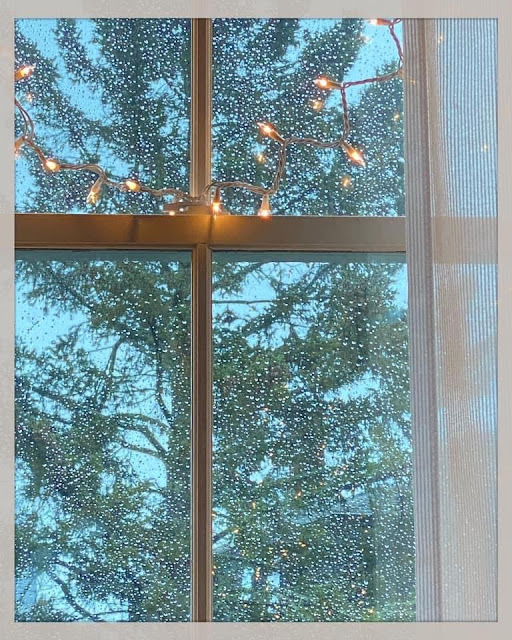 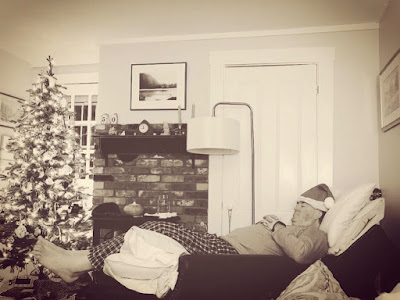 Santa must have had a rough ride on Christmas Eve night.

I hope he is curled up beside the fire with Mrs. Claus to dote on him as he enjoys a long winter’s nap.

My corner of the world     Community Global.