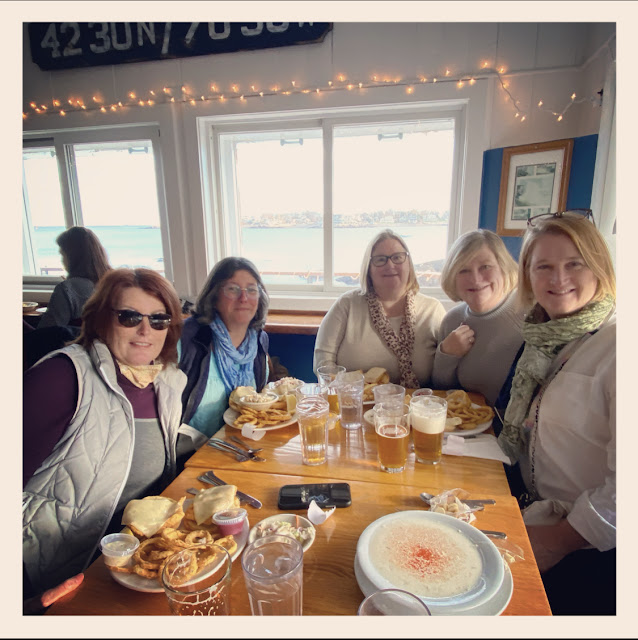 My sister and our three cousins got together for the weekend to celebrate my cousin, Martha’s birthday.

We went out to lunch, had lobster rolls for dinner, had waffles and quiche for breakfast and in between all of that there was all kinds of desserts and old fashions for cocktails...and lots and lots of laughter! 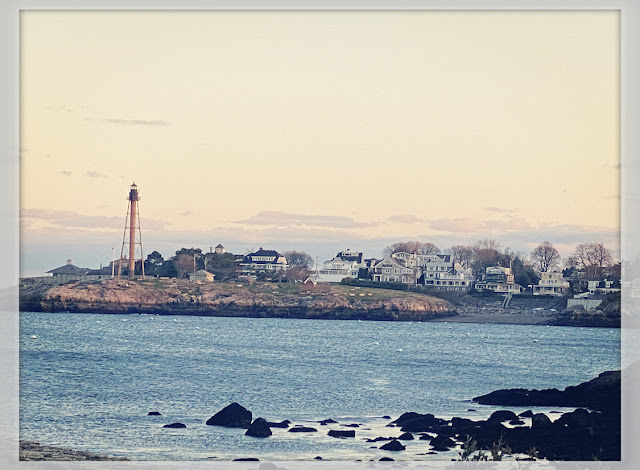 My cousin Ann fractured her ankle so she and my sister (who has dropped-foot) couldn’t do much walking but my cousin, Martha, and I went for a walk at twilight and it was absolutely beautiful. 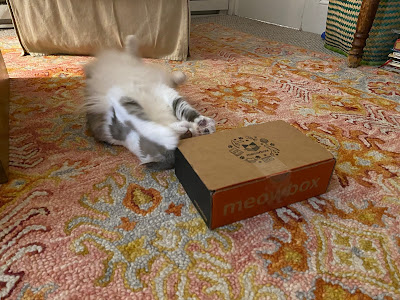 I signed our cat, Tucker, up for a subscription to meowbox.
It comes every other month and is filled with themed goodies. Even the box is interesting to a cat.
I set it on the floor and he came over and started rolling around on it. And as soon as I opened it I stepped back and let him pull the themed toys out. This month the theme was space. 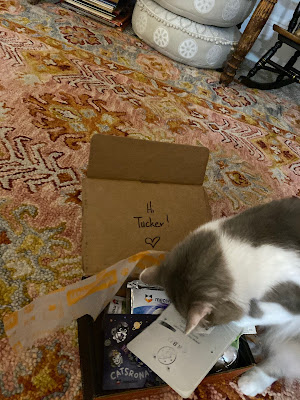 He pulled the toys out and had such a fun time with them. He was jumping up into the air with them!
When I woke up the next morning he was sleeping next to the box! So funny. 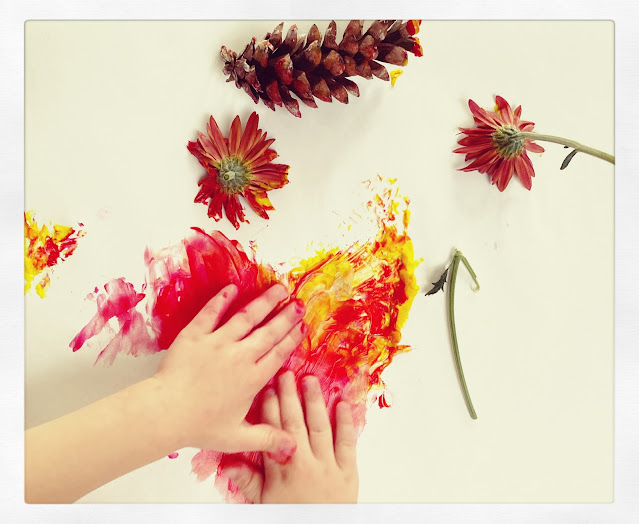 It was my turn to choose an activity for my toddler class this week. I chose to use natural autumn objects, pinecones and flowers, with red and yellow paint. The children used the objects instead of paintbrushes and when the red and yellow combined it made orange!
This little sweetie-pie ended up with a heart shaped image.
So sweet. 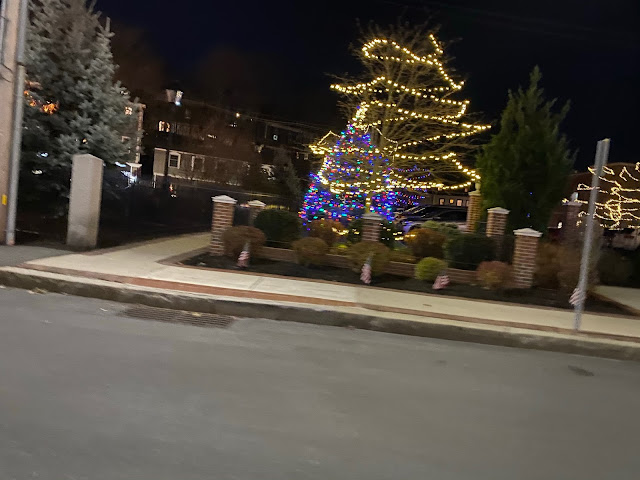 It’s been a long and crazy week at work.  I stopped downtown to pick up a pizza and noticed that Memorial park was lit up for Christmas. I know it’s rather early but it sure looked pretty to me.
~ ~ ~
Friday fave fives
autumn Dull November Kinfolk