My mum had an impromptu lobster dinner the other night

Joe and I, my brother and his girlfriend, and my mum 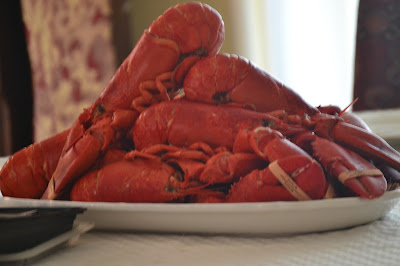 Before we went to my mum's house

we went to one of the rocky beaches in Marblehead.

so named because a very long time ago

a woman who had been captured by pirates

escaped one night when the pirates put ashore

and after drinking and pillaging the village of Marblehead

to this day on stormy nights she can be heard screaming

is a link to the story 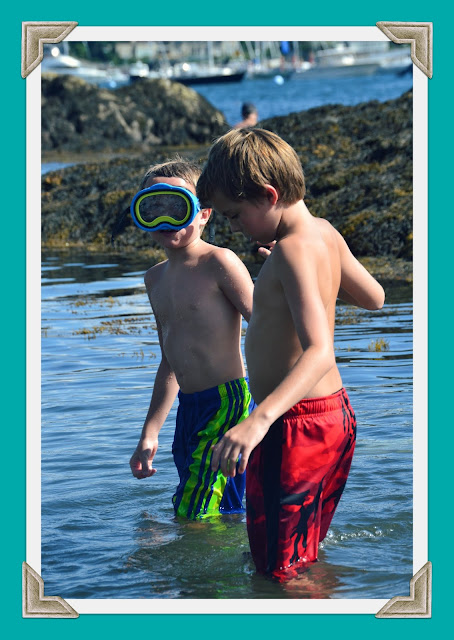 There were a great many hermit crabs....

I didn't get a photo of any of them, but I did capture the hunt. 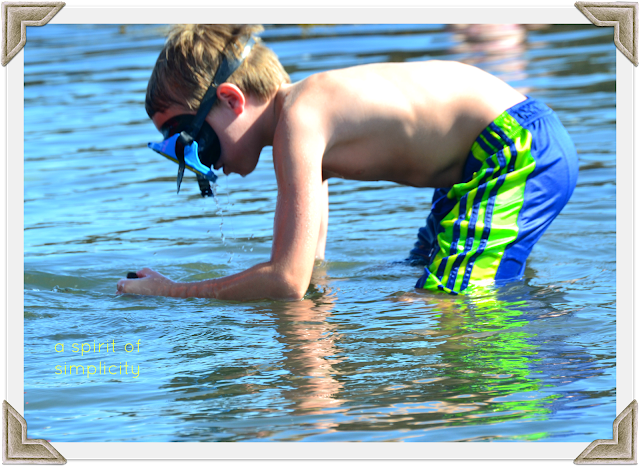 of the lighthouse across the harbor. 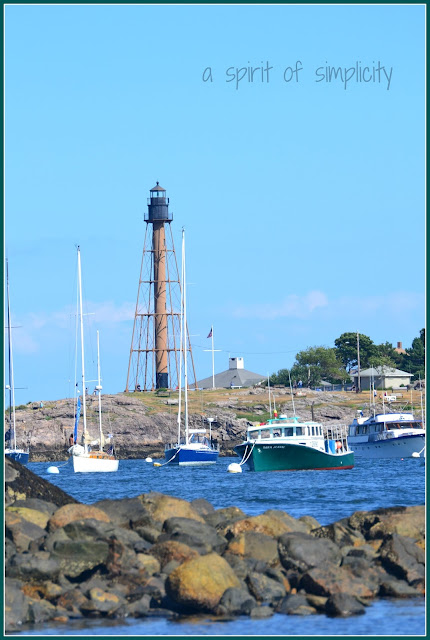 It happened that there were a great many boats in the water that afternoon.

There may have been a race going on...I'm not sure.

But there were very pretty to look at. 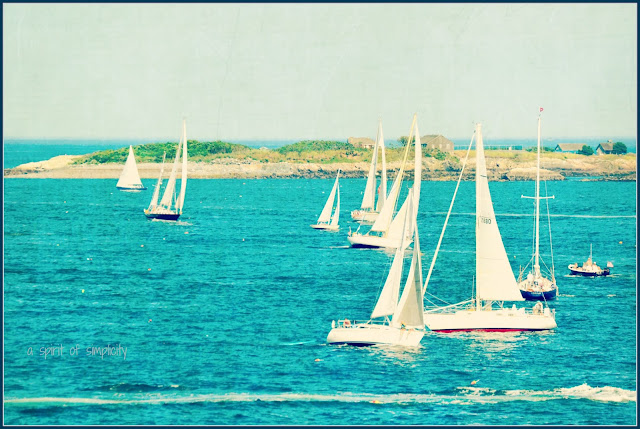