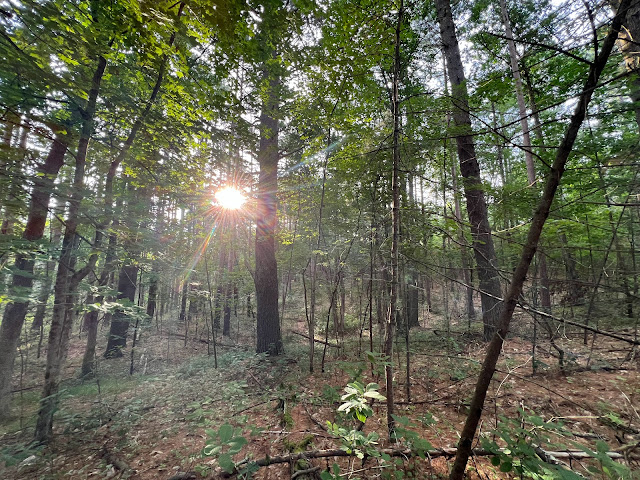 For thus said the Lord God, the holy one of Israel,

"In returning and rest you shall be saved;

in quietness and in trust shall be your strength."

But you were unwilling.

Recently I spent some time with my grandchildren.

Verne is the older brother, Abigail is the middle sister, and Natalie is the youngest sister.

While we were at the playground Abigail told me that Verne was a superhero and she was a princess.

When my step-sons were young we used to play the game Risk.

I only played it one time before noticing that the entire game was made up of conquering other places.

There was no strategy for quietly moving into a place and then living in peace.

These are the things that came into my mind as I read this verse from Isaiah.

section of the woods for an extended period of time.

a 3 foot section of earth.

I would go to this place of mine periodically for almost a full year.

I think it was one of the most powerful things I've ever learned and I still carry those lessons with me.

until one day what had once been a tiny seed was a flower...and then a seed again.

I noticed ants and tiny creatures and the footprints of larger creatures,

I noticed my own footprints.

I noticed trees that dropped leaves and acorns and pinecones...sunlight and shadow.

I became aware of a world other than my own.

It was filled with wonder and beauty and life and death and rebirth.

I became aware of a stillness and a reverence within my own self.

But those things were only noticeable cable in stillness and in rest.

It's not that I think superheroes and princesses don't have a place.

I just think that they don't have to be our endgame.

We can rest in who we are...who the Lord made us.

With that comes a simple knowledge of the heart and a beauty that knows no bounds.

scripture and a snapshot