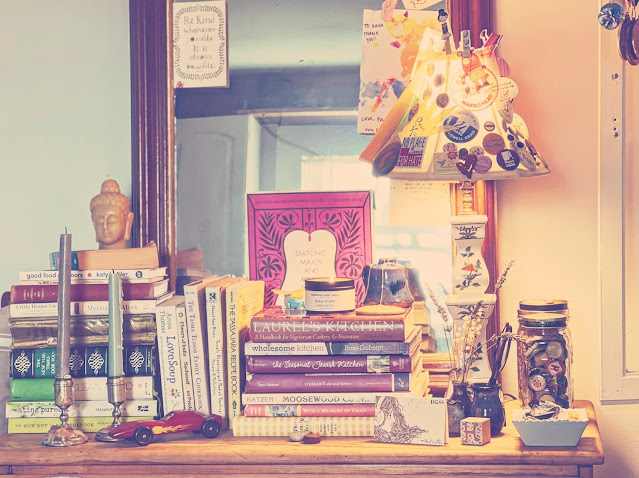 So I have this thing with cookbooks.

I know that I can get all this information on line

but I just love the old books.

I just picked up a new one at the second hand shop.

It's an awful pretty blue and it's filled with Greek recipes!

I'm looking forward to trying some of them.

I have a new macbook.

I love it and I'm sure I'll love it even more when I figure the darn thing out!

My husband and I were set to go visit my sister and her husband at the end of June.

Unfortunately, he went into kidney failure and was hospitalized for 4 days.

They sent him home just before Independence Day and he was still saying that he felt dizzy.

He had to go for some lab work before seeing his doctor for a follow up appointment and just as I got home from work the lab called and told him to get to the hospital right away.

They finally have it under control. They took him off of some of his medications and lowered the dose on a few others. It was pretty frightening. He was acting very confused and tired.

He's home now and is feeling much better...even better than he was before this all started.

He's on a bit of a health kick now which is wonderful.

I'm so thankful that the doctors were able to figure everything out and he is okay.

We decided to go to my sister's house for the weekend.

They have a beautiful pool and the guest room has a french door that leads right out to the pool area.

It really is just beautiful!

I spent most of Saturday floating around and then we went out to one of their favourite little restaurants for dinner. After dinner they set up an outdoor theatre and we watched Jaws!

I was floating in the pool the whole time the movie played.

It was a little bit scary even though I've seen the movie a hundred times! 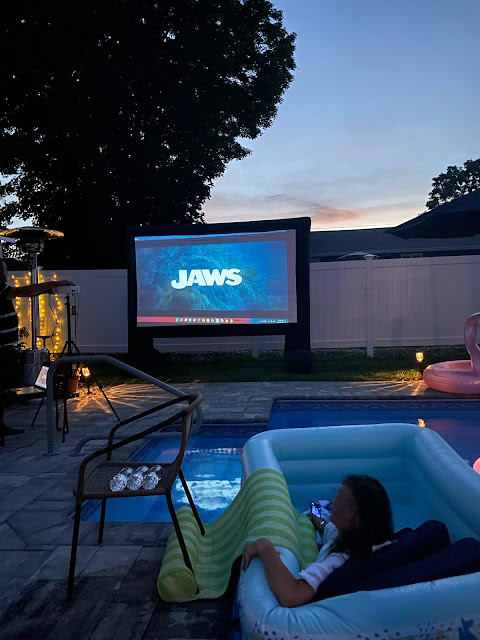 The movie ended about midnight and I went night swimming under the stars! 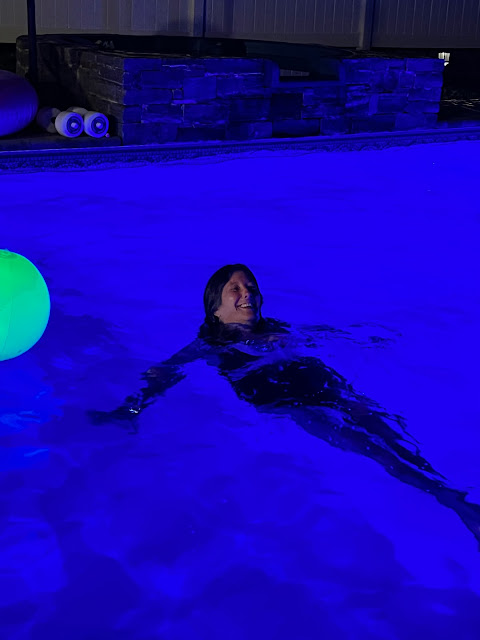 They have solar powered inflatable balls that change colour as they float around the pool at night.
The little flamingoes are solar powered as well.
I watched them chase each other around the water as I fell asleep. 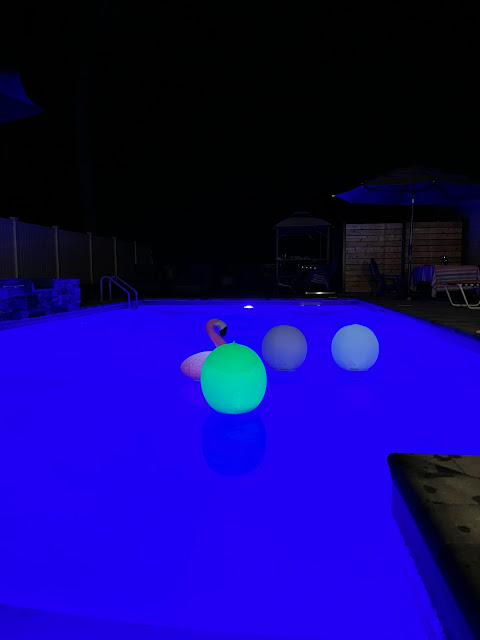 so we sat on a bench to watch the boats sailing by.

We could hear the announcements of the swim team in the Yacht club pool across the harbour as well.

It was a beautiful evening. 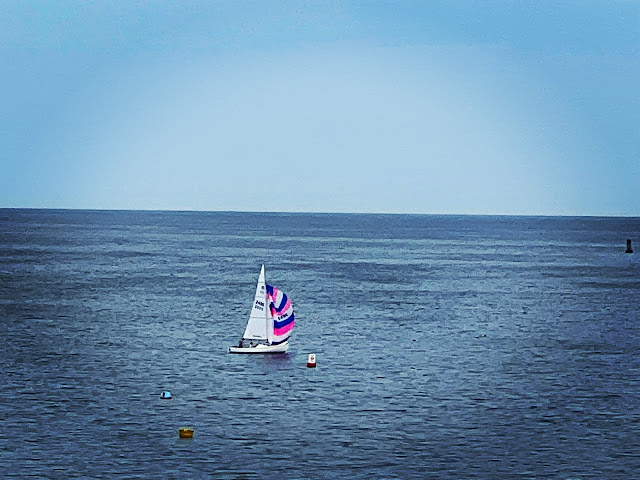