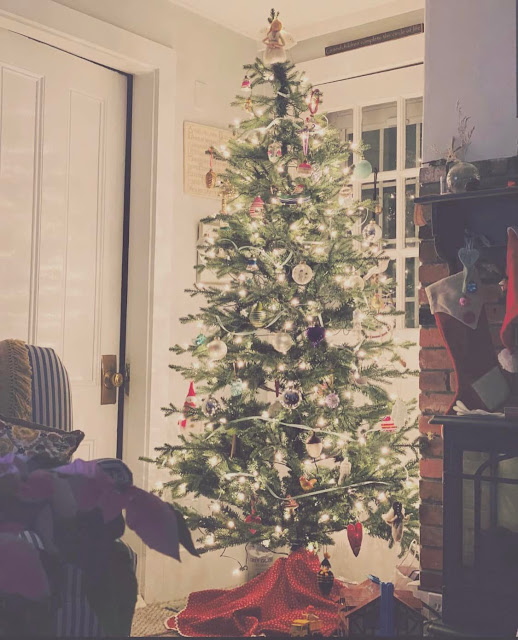 I am thankful for little lights.

I was thinking last night, as I was falling asleep on the couch while watching television, what if each little light on a Christmas tree represented a little love or a "good deed" that someone had done. What if all the little lights spread throughout the world at Christmas time meant that some one somewhere had done some small act of graciousness that never received any recognition, or a person who was struggling was able to find a moment of peace...

I was thinking about how much I love Christmas and it occurred to me that it isn't really Christmas that I love so much, it's Advent or the season of Christmas.

I was in the car with my mother and father and my little sister and brother. We were driving through Boston and all the deciduous trees were lit up with plain white lights.

It was absolutely magical! It was the prettiest thing I'd ever seen. We had to drive around the commons in order to get where ever it was we were going to and I was awestruck at how pretty it all was.