Seasons of a simple spirit

My sister is visiting my brother and sister-in-law a few towns over so my husband and I went over for dinner. While we were there we all carved pumpkins! I know it’s much, much too early.

Certainly they will rot by Halloween but we had fun together and that is all that matters. 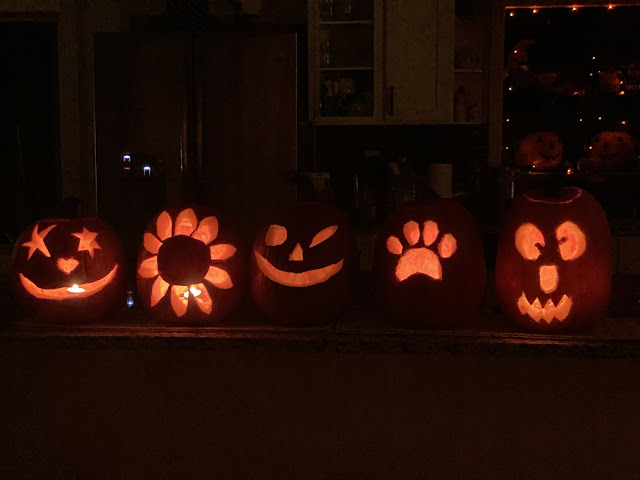 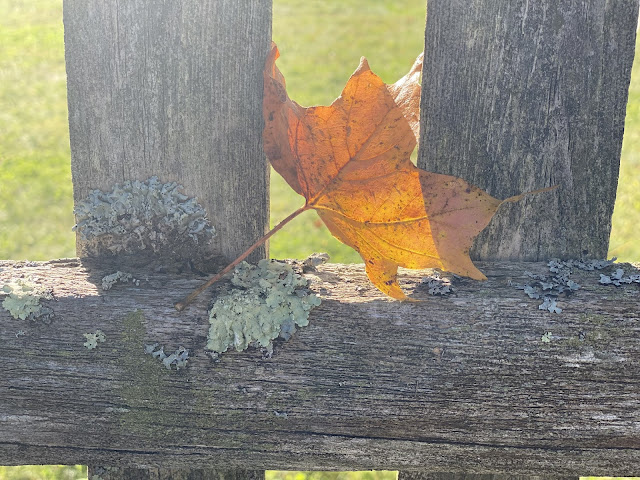 Here and there bits of Autumn have been making themselves known.

A Sycamore leaf caught up in the lichen covered wooden fence looks so pretty filled with the sunlight of a delightful Autumn afternoon.

While we were carving pumpkins it started to rain a little bit and when it stopped a giant double rainbow appeared just over the house!

It was the first time that my sister, brother and I had been together since my mum’s funeral in July so this beautiful rainbow seemed pretty special. 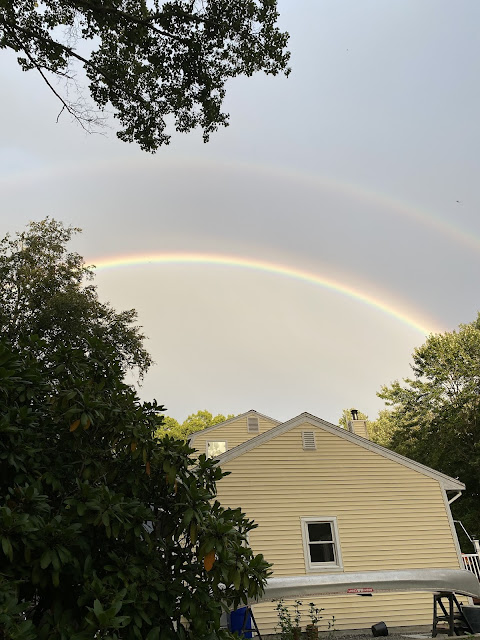 The good, the fun, the random

The hearth and soul