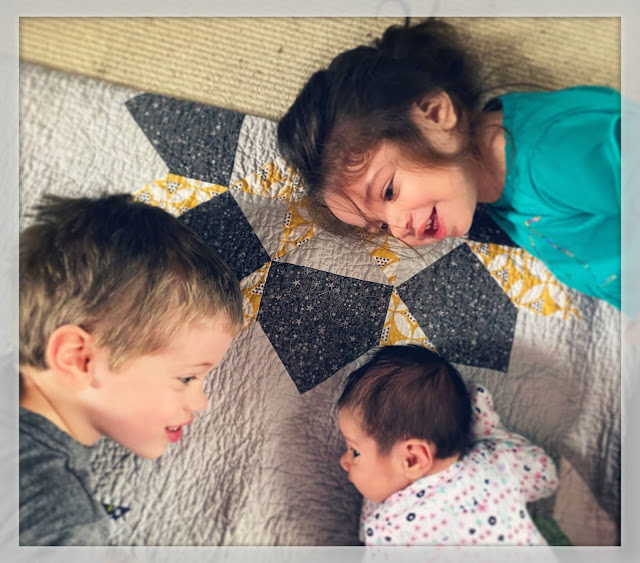 It was school vacation week and since I work at a school I spent four of those days at my daughter’s house. I spent Monday and Wednesday nights there as well. She appreciated the extra help since my newest granddaughter was just 3 weeks old...well almost 4 weeks old now. She’s growing so fast!

We knew my grandson, Verne, would be wonderful with the baby but we were a little concerned with how Abigail would do. We didn’t have to worry though she is doing fine. Verne is such a great big brother that Abby just follows his lead. 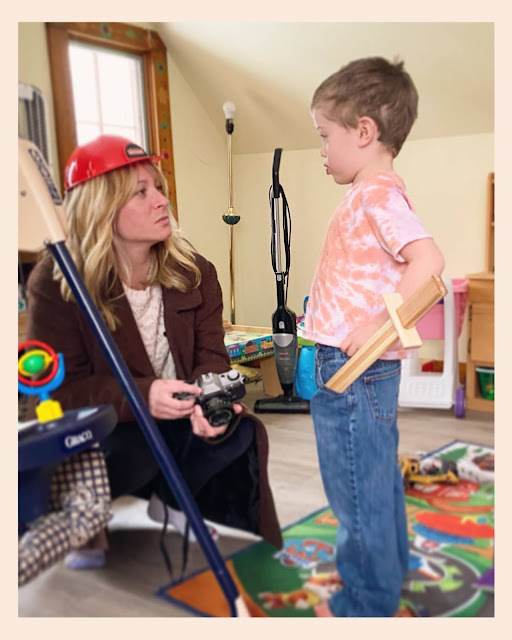 My other daughter, Hannah, came to visit one afternoon with presents for all the children. She gave Verne a little wooden sword and he immediately became a pirate. His sister became a pirate as well. 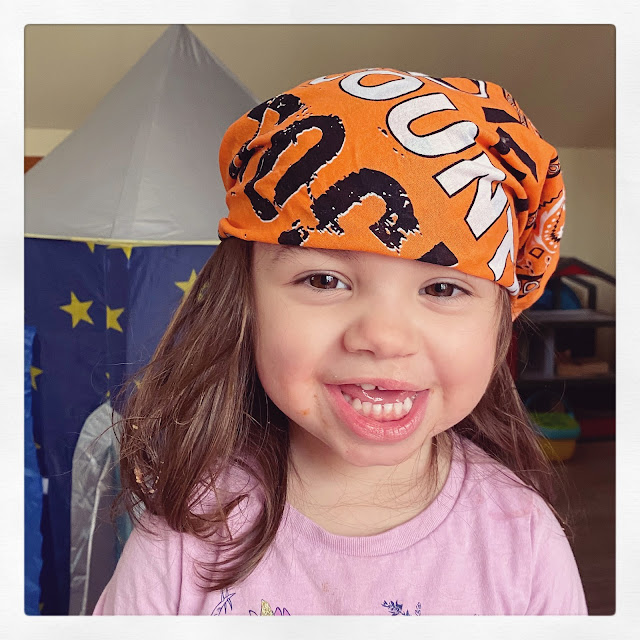 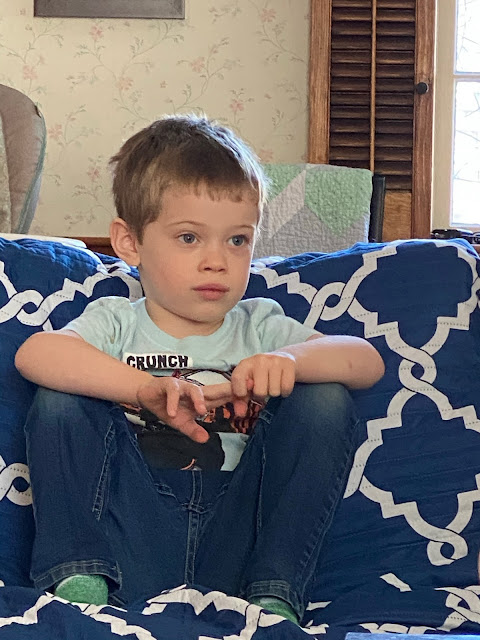 Verne and I watched one of his favourite movies. It’s an old DVD with four short cartoon stories about the American heroes John Henry, Johnny Appleseed, Paul Bunion, and someone else who I can’t remember. It wasn’t a Disney film though and the illustrations were absolutely beautiful. 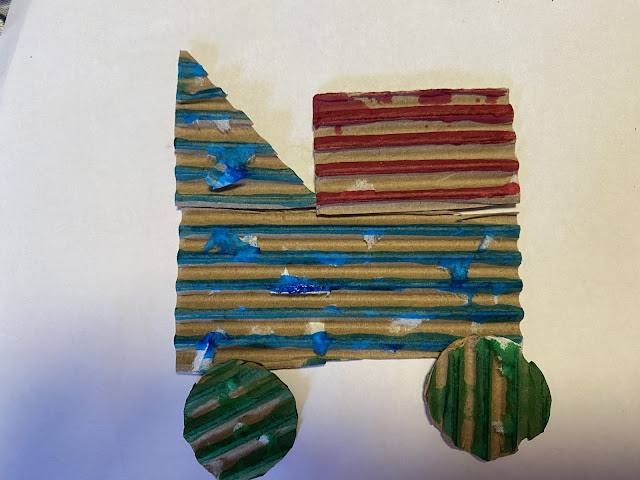 I am taking a Montessori certification class and I have to make quite a few activities. Abby and Verne helped me to make a few of them while I was there. 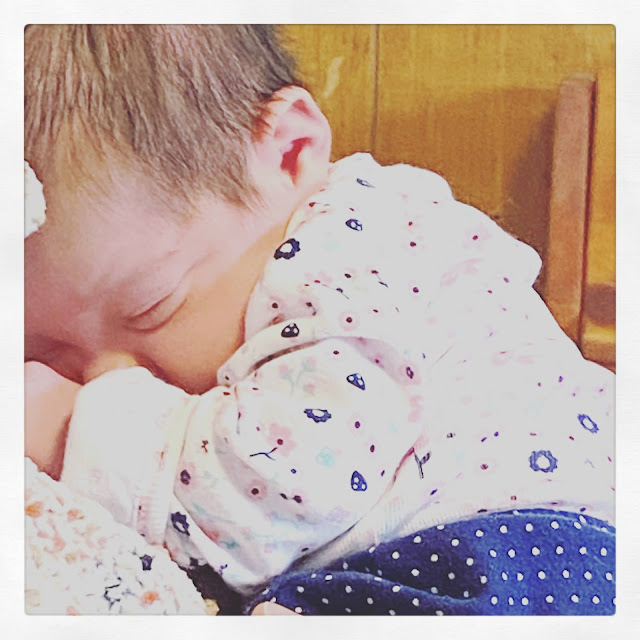 My daughter was glad to have the company and the extra help. I got up with Verne and Abby both mornings so she was able to feed the baby and go back to sleep.

I did an endless amount of dishes and laundry. I cooked a couple of dinners.

It was nice being able to spend time within their little family. I have plans to spend a Saturday night once every month or so just to give them a bit of a break.