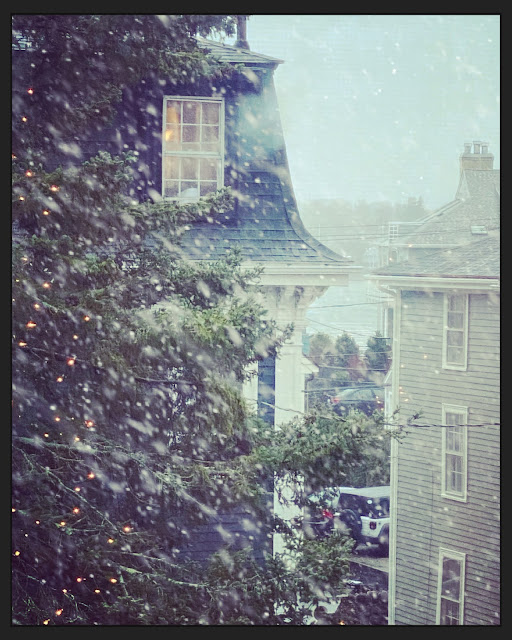 A stormy day...
When the wind blows in a north east direction over the Atlantic and over our little old village we call it
a nor’easter.
The worst storms are nor’easters and if there is a high tide as well things can get pretty scary.
The infamous Blizzard of ‘78 was a nor’easter and is still talked about to this day...even after the winter of 2014/15 which dumped over a hundred inches of snow on us and left us with snow banks well into June!
A nor’easter blows heavy winds and huge waves that can destroy sea walls and buildings.
Fortunately, though the winds shook the house and rocked the big old 5 story pine tree we were left relatively unscathed. Even the snow that they called for didn’t really fall here this close to the ocean. We had a dusting but no accumulation on the ground...not even enough to sweep off the front steps.
I meant to get outside and walk down to see the harbour but it was so very cozy and warm 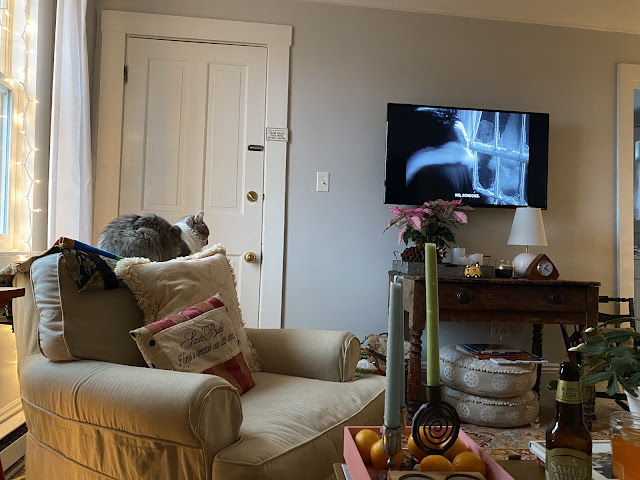 I ended up drinking a Sam Adams winter lager with my lunch and settling in with Tucker to watch the 1938 version of A Christmas Carol instead.
It’s my favourite version...I always end up teary eyed at the end.
It was so stormy and grey all day that I left the Christmas lights in the windows burning all day.
And when the movie ended I glanced out of the window to see that the window in the third floor of the house next door was lit.  Something about it looks so cozy to me.
The grey expanse that you see between the houses in the forefront is the harbour. There are few boats in at this time of year. You can also see the little peninsula of land across the harbour which we call The Neck, and above that the grey skies.
~ ~ ~
Our world Tuesday.  Pictorial Tuesday.  Image-in-ing
Nature notes.
My corner of the world. Community global.