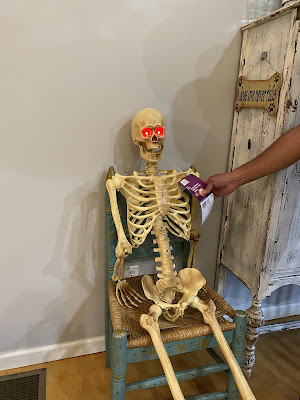 My mum and I stayed at my sister’s house on Friday night.

My brother-in-law put this friendly skeleton in the bed I would be sleeping in!

I went to pull the covers down and he was all laid out on the pillow!

I transferred him to a chair in the dining room before I went to sleep.

My favourite season is here again.

I love the Autumn.

I picked up an apple, cinnamon, cider scented candle the other day.

We’ve had it lit all week and the house smells so cozy. 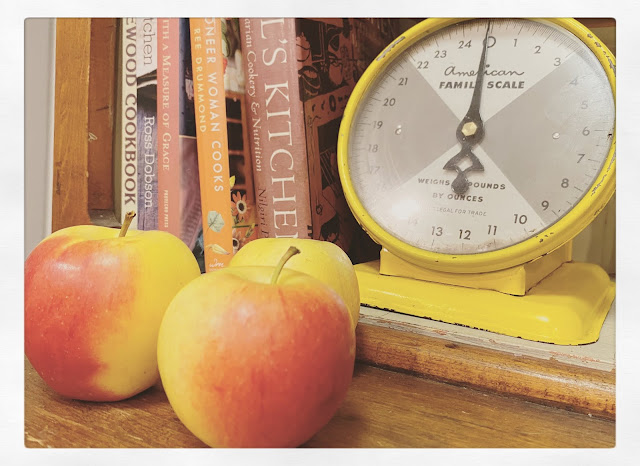 Joe brings home bags of apples from the market and wonders if I might like to make an apple crisp.

Later in the afternoon he asks if I would like him to cut up some apples.

So, of course, I make another apple crisp which we eat right up and limp along until 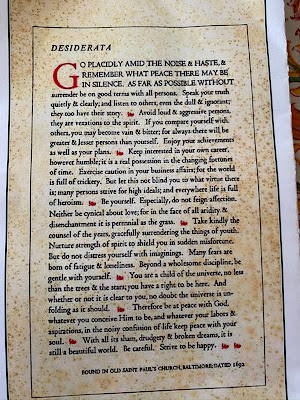 I went to the funeral Mass for my uncle Jack over the weekend.

It was nice to see all of my cousins and to celebrate the life of such a fine man.

He had the Desiderata on his desk his entire life.

And, he lived it. 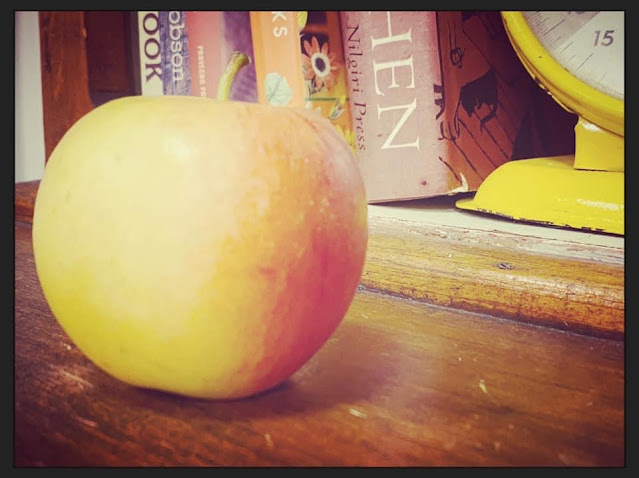 We the fairies blithe and antic

Of dimensions not gigantic

Though the moonshine mostly keep us

Oft in orchards frisk and peep us

Stolen looks are nice in chapels

Stolen, stolen be your apples. 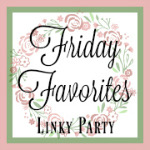