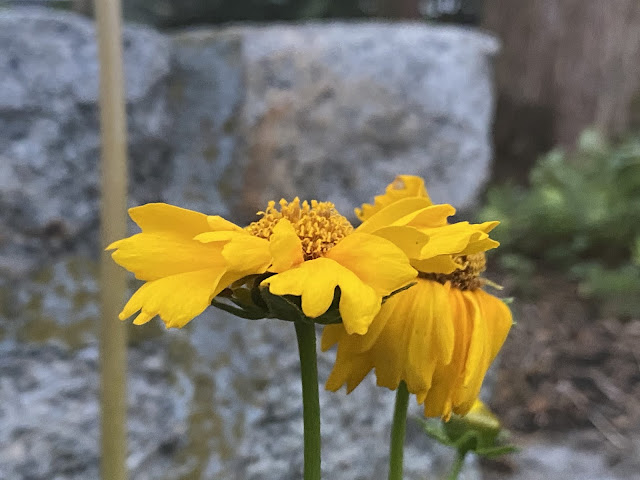 Tick seed or Coreopsis in the back garden.

I like the bright yellow simple flower and have it planted next to a rather large clump of Tiger lilies. 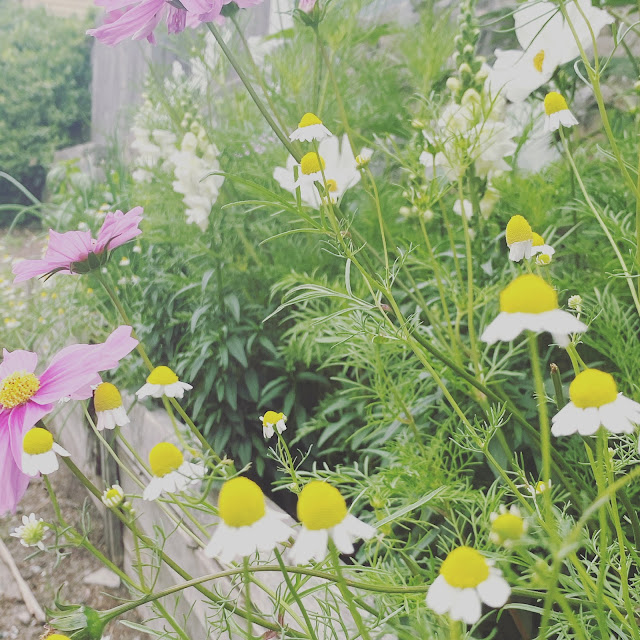 The front garden beds are doing wonderfully. Snapdragons are blooming along with the Cosmos. There is Cleome toward the back of the beds that has grown so tall and thick they are almost like Cleome trees! They will be in blossom by next week. I got a pretty pink/purple colour and white. Behind the Cleome are a few sunflowers which I am hoping will get tall enough to tower over everything. They are being shaded a bit by the Cleome but I think once they get tall enough they will begin to grow quickly. I added two white Hollyhocks as well. Hollyhocks are the flower of Marblehead and since we live in old town Marblehead I wanted to add some. 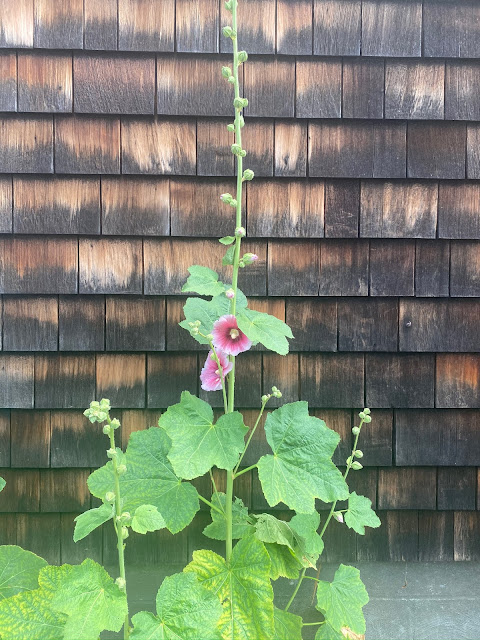 This is a Hollyhock from down the street. They are not the prettiest flower

but I wanted to plant a few for sentimental reasons. Next year mine should get big like that although I

think I’ll have to replant them along the front fence because they will be too big for the garden bed! 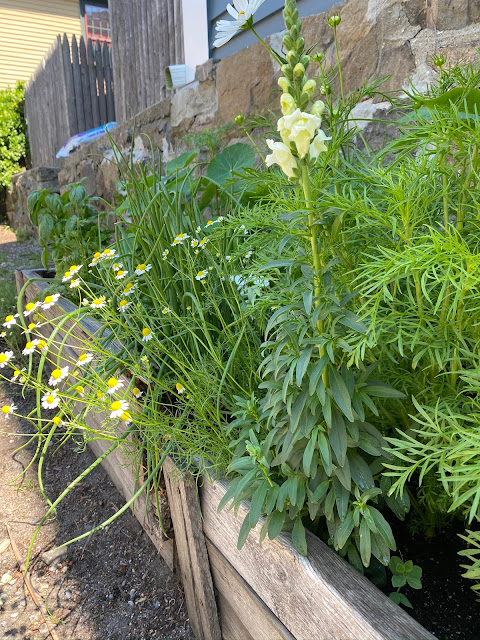 The garden beds were filled with nothing but camomile when we moved in last year. It was too late in

and replaced and added various flowers and herbs.


The Chamomile  still pops up in random places and I think they’re very pretty. 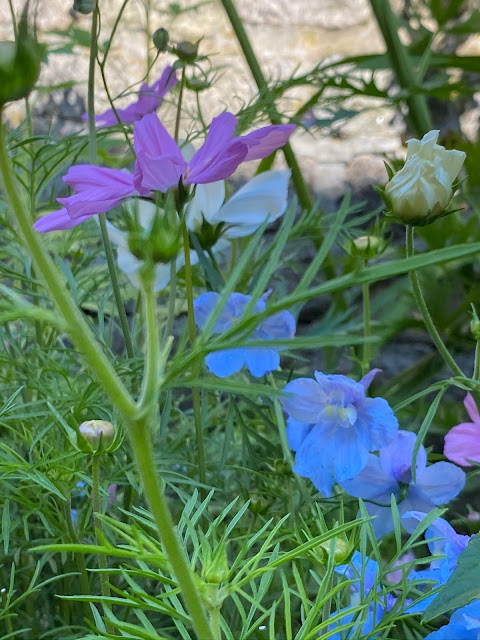