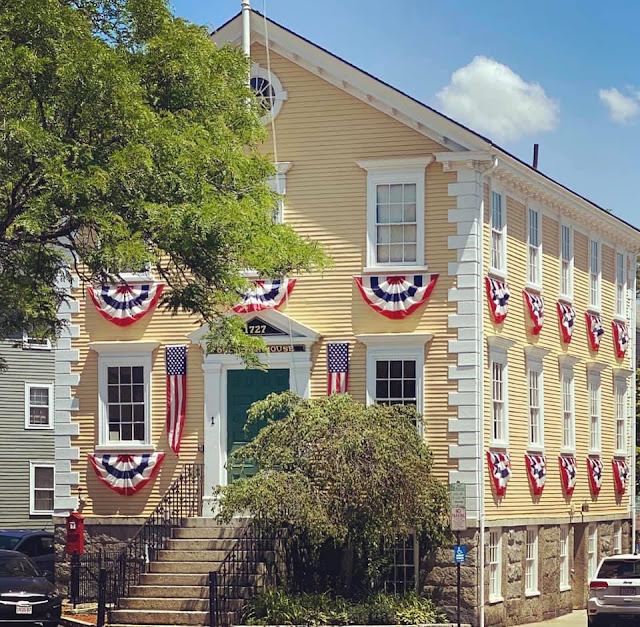 The old town house (1727) is decorated for Independence Day.

that doesn’t stop us from celebrating! 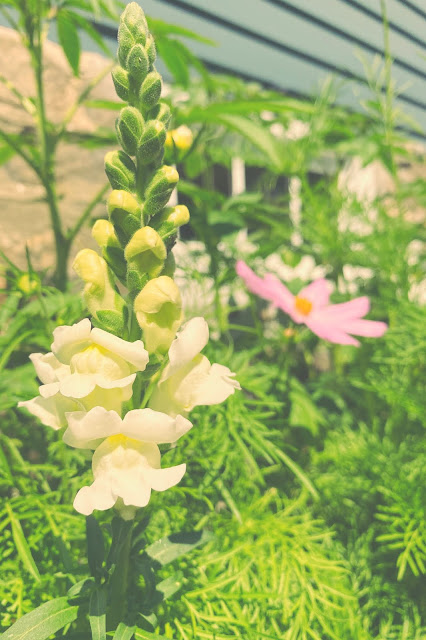 Snapdragons and cosmos in the front garden beds 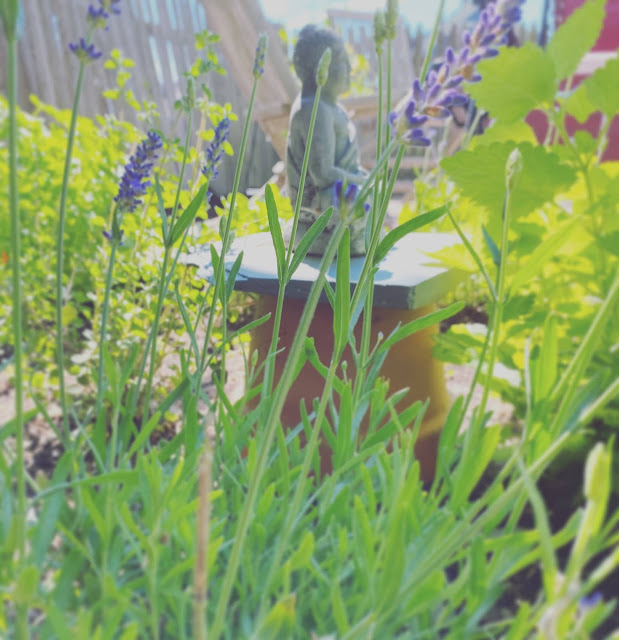 The herb garden that I planted back in the early spring has really started coming to life.
I’ve had to give Buddha a bit of a boost so that he can be seen above the lemon balm and lavender. 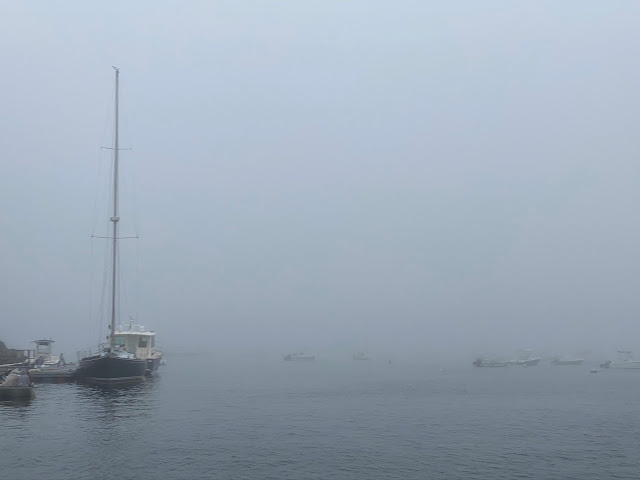 The fog was so thick we could not even see to the other side of the harbour.

One of the traditions in our little harbour town is during the summer months the cannons sound at sunrise and sunset. There are 4 or 5 yacht clubs here in town (though our harbour doesn’t hold many yachts and certainly no big ones, we’re mostly sailboats and lobster/fishing boats.) The  Boston yacht club, which is just around the corner from us, begins with the first cannon fire and then the Corinthian and the Eastern, which are on the neck (just across the harbour) answer back. There are 2 smaller yacht clubs (The peon and the Marblehead) also fire. It’s a way of letting all boaters know that sunset is coming and it’s time to think about heading in for the day.
Joe and I took a walk to the town landing one foggy evening and got there just as the cannons sounded. 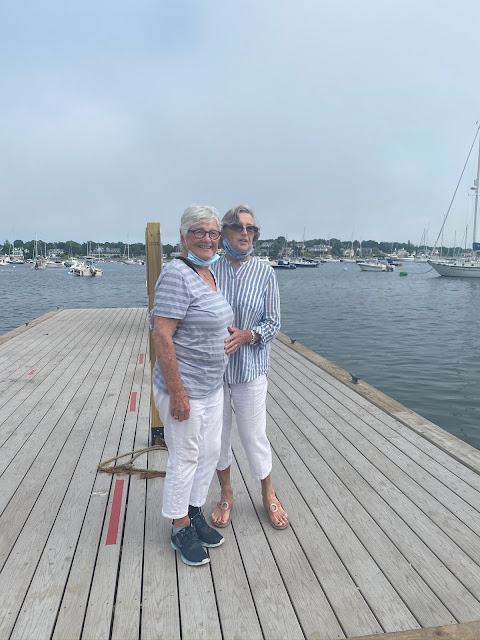 My mum’s sister came to visit for a few days with her daughter. She’s the oldest at 89 and my mum the youngest at 85. Their eldest sister, my aunt Mamie, died about 5 years ago.
Everyone is always amazed at what great shape they are in.