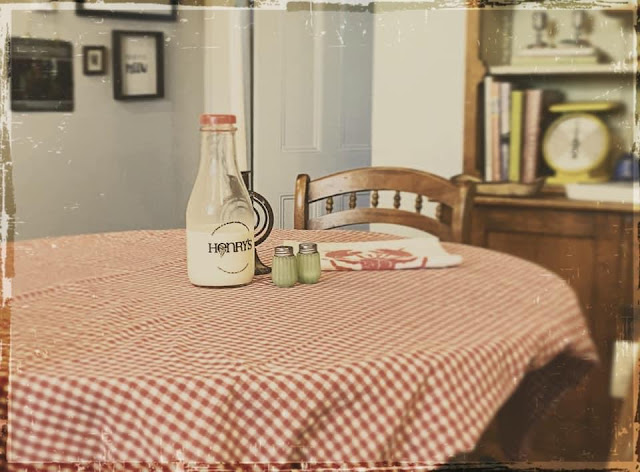 Create in me a clean heart, O God,
and renew a right spirit within me.
~

There is fresh milk for coffee in the morning though this afternoon I will walk to the market to freshen up our supplies. We will need more milk and sourdough bread and peach jam.
And lemons for tea. 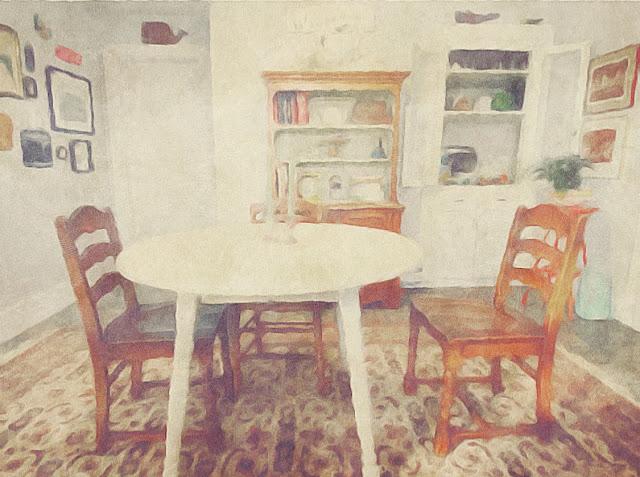 The hutch in the kitchen holds books among other things.
Cookbooks and books about keeping home...
The left side of the top shelf has a stack of old New England books.

Shipwrecks of New England which includes an 1849 wreck just off the coast of Marblehead and tells the story of all the townsfolk coming out to see it.

Herman Melville’s Moby Dick. Did you know that he and Nathanial Hawthorne were great friends?

The Edge of the Sea by Rachel Carson, who also wrote Silent Spring which began the Environmental act in the 1970s. She spent many years here in New England...and we share a birthday.

Three O’Clock Dinner. This book belonged to my grandmother, Florence, and she wrote her name in it. I’ve never read it but it seemed like a good title for the kitchen.

The last book is called Memories of Hawthorne by his daughter, Rose Hawthorne Lathrop. She converted to Catholicism when she married. In her later years became Mother Mary Alphonsa and dedicated her life to caring for homeless, terminal cancer patients through the Dominican sisters of Hawthorne, N.Y.  She died there in 1926.

There is also a copy of Tolkien’s The Lord of the Ring, which my husband received from a friend when they were young. There have been times, with friends around the table, when we have had need of a quote or a particular Tolkien passage.

And, of course, there are cookbooks...Laurel’s Kitchen, With a Measure of Grace, Moosewood Kitchen, to name a few.

And Tasha Tudor’s A Basket of Herbs.

I love to have them scattered about the house 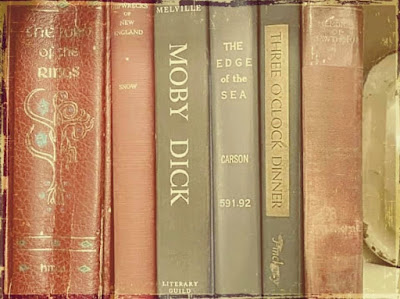