my mum took a fall the other day

on her way into the market

she was looking at the shelves just inside of the door

she wanted a single roll

to make a fish sandwich for her dinner

which is really rather silly

because she said she had misplaced

the fish she bought at the market earlier in the day

She remembers it all wrapped up nicely....

but doesn't have any idea where she put it down.

either way -she fell

and had to have help getting back up

onto a bench with a nice gentleman

who sat with her till the ambulance arrived and got her to hospital.

After a very long night in the ER

it was announced that she had fractured and chipped her hip

because she can't walk at all or even put any weight upon it.

the stairs in her town house

and all those sorts of things

and though we are taking things one day at a time

and everyone is in pretty good spirits

And my brother calling to say he's just leaving

which I wrote years ago 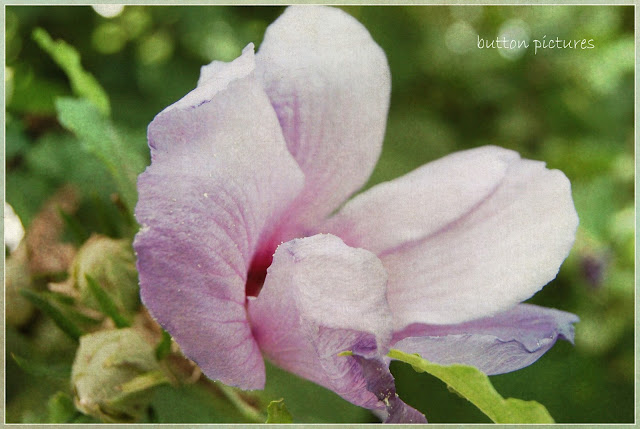 and now she knew that it was true.

it was at the old house that she had said it

this year she noticed the rose of sharon was purple

now that she was getting older

now that she was more than a pale shade of it

more than the pink you could hardly see


and remember the words that they heard once

in their mother's garden