In August I learned a roundabout number of things 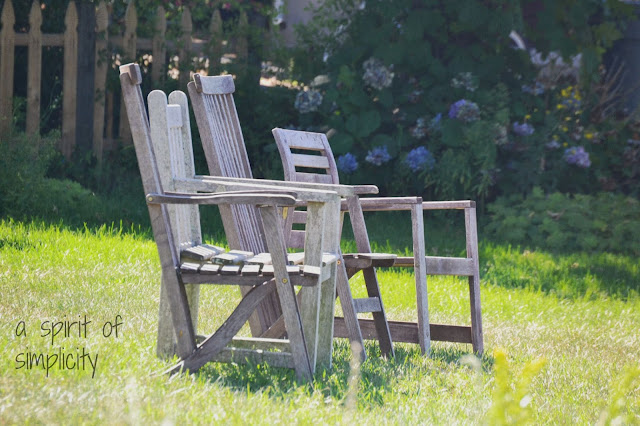 In August I learned

that the chairs don't have to match

sometimes it's enough just to have a place

to plant your ass and watch the view


1 -In August I learned that you can never give out too many second chances ~or third, or fourth,

or fifth chances for that matter. In fact, you can never run out of chances to give. It isn't really about

the number of chances you give a person. It isn't even really about whether or not they ever "get it".

The only thing that matters is that you are giving. Because you just never know when a miracle

might occur...and when it does, you want to be on the side that didn't give up and walk away.

2 -In August, I learned that when I begin to accept who I am and who I have been, I am able to become

a better me than I was before.

know the kind wrapped in foil) under your plate for a bit, the warmth of the food makes the butter soft

so you can spread it more easily.

age where we ponder those things in the back of our minds. At my aunt's funeral I was reminded of

how strange it is that we all have this extended family that we don't always see very often, but are all

connected to each other by blood and memories.

we choose. I learned that when you've been friends with a person for over a quarter of a lifetime...they

they become like family and you share your joys and sorrows with them. I think we mark our time here

with "where we were" and "who we were with" when certain moments occur. To have a group of friends

that are like family, that you can share the map of your life with is a very special blessing


6 -In August, I learned that Jane Austen's "Emma" is much longer than I had thought it to be and that I

will not be reading the entire thing, and Sense and Sensibility, and Pride and Prejudice in one month.

7 -In August, I learned that there are things I just know even though I don't know why I know them. I

know that shells grow....but for the life of me, I can't remember how. Regardless of how many times I

Also...there is a very good possibility that this is the world's smallest sea shell. 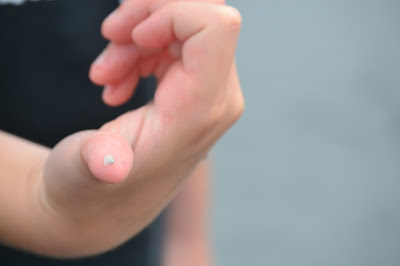 forgotten them -at least for the time being. It's all right though, I'll learn more. 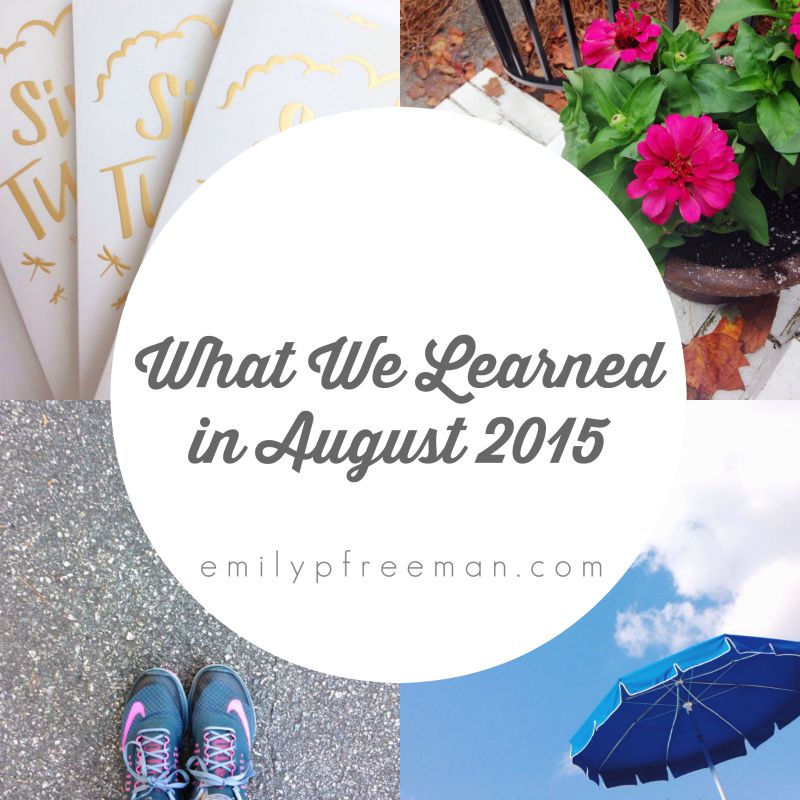 acres of sky summer tables of paperwood windows of light