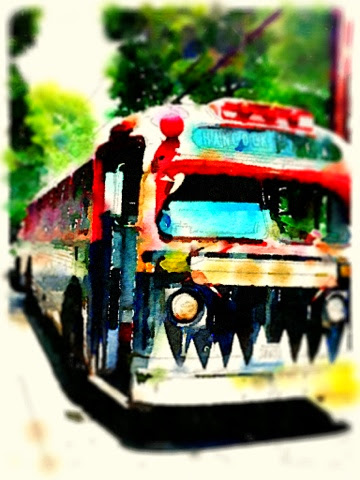 On Saturday I went to an old fashioned fireman's pump muster

this was the bus that transported one of the teams

and a few other apps that had filters

Also, I put this into one of the apps that has a depth of field

filter. It looks as if the bus is a toy but it is a full size bus.
I just play around with many of them until I find an image I like.

I layer them as well sometimes saving the image and then

opening the new image up in a different app to edit it some more.